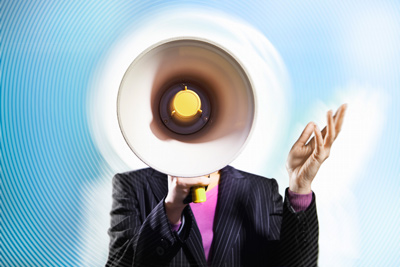 Don’t believe everything you see!!

Today, a colleague and dear friend, the director of an academic library, emailed me a link to a one-hour online workshop titled “Changes to Copyright & Fair Use: What Faculty Need to Know.”  A faculty member had sent the link to her, asking if the library could help “spread the word” about these “changes to fair use and copyright.”

What are these “changes,” my friend asked me, and did I know anything about the company offering this workshop?  She explained, “I don’t trust some of these companies sometimes because I think they try to ‘scare us’ into giving up some of our fair use rights or at least interpret them even more narrowly.”

Unaware of any recent changes to the law, I, too, wondered what these changes could be that were so important faculty needed to know about them yet had escaped my notice.

When I clicked the link, I discovered that the purported impetus for the workshop was the recent appellate decision in the “Georgia State University case” in which three academic publishers sued GSU alleging that its inclusion of 79 book chapters in its electronic reserve system infringed the publishers’ copyright.

So what’s it all about?

I first clicked on the one-minute promotional video and learned, to my astonishment that “the standard fair use guidelines of 10% or one chapter were recently thrown out by the 11th Circuirt Court of Appeals.”  That was not quite the way I, nor scores of other pundits and commentators, had read the case.

The video ended by stating, “Copyright rules have changed!” and admonishing viewers to take the workshop to “make sure you know how to steer clear of copyright infringement.”

My blood was boiling as I moved on to read the description of the workshop, which explained that,

In a potentially far-reaching move, the court ruled in favor of academic publishers that claimed GSU overstretched the bounds of fair use … Yet even though the three-judge panel supported the publishers’ position, in a somewhat surprising move, the publishers requested a full hearing by the 11th Circuit Court of Appeals.  Their reasoning? The publisher plaintiffs said this decision is so pivotal it will affect best practices in fair use and copyright infringement issues throughout higher education.

By this point, I was so incensed, I called my friend rather than responding via email, out of fear that the sparks and steam flying out of my ears might ignite my keyboard.

Your truth isn’t my truth

Why am I so upset over the promotion of this workshop?  Because the story it tells simply is not true.  If you break it down sentence-by-sentence, the independent  statements may technically be true, if not entirely accurate, but together they present the outcome of this case as one that simply did not happen.

Did the court “support the publishers’ position?”  It depends on which position we’re talking about.  Obviously, it supported the plaintiffs’ position that the trial court applied the fair use analysis incorrectly.  But, as well-respected copyright expert Kevin Smith said, “there were five major principles that publishers wanted to get from this lawsuit, and in the Appeals Court ruling they lost on all of them.  …They were hoping to radically change the landscape, and they have failed spectacularly.”

Were the guidelines thrown out?

Ironically, the biggest point on which the 11th Circuit said the trail court was flat out wrong was in rigidly applying the “10% or one chapter” guidelines.  Fair use can’t be determined by math, the court said;  rather, fair use must consider both quantity and quality, and in the bigger picture context – in this case, the pedagogical appropriateness of the use.

So these guidelines were not at all “thrown out,” as the ad for the workshop claimed; rather, the 11th Circuit confirmed what has always been the case and is widely known, though also widely misconstrued – the guidelines were always intended to define a minimum of what constitutes fair use, not a maximum limitation.  They are but a starting point in the fair use analysis.

Will the publishers ultimately prevail?

It is true that the publishers’ request for a full-court (“en banc”) hearing surprised most people, but not because it was filed “even though the three-judge panel supported the publishers’ position” (as the court obviously did not support the publishers’ substantive positions, per the above discussion).  Rather, it was a surprise because it seemed so incredibly unlikely that the full court would rule any differently than the panel.

What the workshop advertisement failed to say is that back on January 2, the 11th Circuit rejected the petition for an en banc rehearing.

Why is this so important?

But this is about more than just this one workshop.  This is about the dire importance of thinking critically about both the content and the source of the information on which you rely for your copyright knowledge.

One issue, of course, is whether the author actually knows copyright law.  You might be surprised at how often I, and my copyright-geek colleagues, run across publications, in both print and online formats, written by well-meaning folks, who simply get copyright law wrong.  This is understandable.  Copyright law is complex and involves many subtle and even subjective issues and doctrines.

But the most dangerous instructional materials out there are so dangerous not because they get the law wrong, but because they strongly espouse a particular bias in a way that is not obvious to the reader.  At times, as I believe is the case with the story above, they even do so with the intent of misleading the reader.

Fair use is a valuable and necessary doctrine because of its flexibility and subjectivity.   But the lack of black-and-white answers allows fair use to be interpreted differently from different perspectives – or biases.

There seems to be an ongoing struggle between efforts to narrow the scope of fair use and efforts to keep the scope as open as possible.  This makes sense when you think about it.

Copyright owners (the majority of whom are corporations such as publishers or movie studios, not the actual creators of works) have a vested interest in narrowing the scope of fair use, so that they can earn more money from uses of their works.

On the other hand, communities and industries that rely on fair use to achieve the ultimate goal of copyright law – increased creation and innovation – such as education and certain artistic communities, have a vested interest in ensuring that the scope of fair use is wide open.

In this world in which it is easier, quicker, and cheaper for non-owners to copy, distribute, and publicly perform or display protected creations than ever before, we are seeing increasingly aggressive efforts by corporate copyright owners to prevent uses of their works (without paying) that are often perfectly legal.  In the past few years, I have seen a corresponding increase in “educational” materials about copyright, especially fair use, that either directly state or strongly imply that fair use allows much less than it actually does.

It seems the online workshop my friend stumbled upon is one.