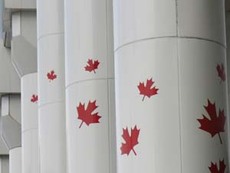 Fair use is a U.S. principle that applies within the borders of the U.S. Even when works of U.S. origin, such as an article by a U.S. author or one published by a U.S.-based publisher, are used in other countries, the U.S. fair use principle does not apply. Rather, the laws of the country where the work is being used apply to the use of that work. For example, if you reproduce a U.S. authored article in Canada, you would apply Canadian law – the Canadian Copyright Act includes the principle of fair dealing.

Can you reproduce 30 copies of an article for teaching purposes under the Canadian fair dealing provision? Let’s take a look at section 29 to make this determination. Section 29 says that in order for use of a work to be considered fair dealing, the purpose of the reproduction must be one of the following: research, private study, education, criticism, review, parody or satire. That is the simplicity of the fair dealing provision. Unlike the U.S. fair use, fair dealing does not have a list of factors you need to consider to determine the fairness of the reproduction. The Supreme Court of Canada in 2004, however, interpreted fair dealing and enunciated six factors to take into account when determining whether a use is fair.

In sum, if a work falls within one of the seven purposes in section 29, then you must consider the following:

In the same 2004 decision, the Supreme Court took a broad and liberal interpretation of fair dealing. The Court called fair dealing, for the first time, a user’s right. It also stated that research “must be given a large and liberal interpretation in order to ensure that users’ rights are not unduly constrained, and [must not be] limited to non-commercial or private contexts.”  Other cases have since cited this important Supreme Court of Canada decision.

Education Added to Fair Dealing in 2012

In 2012, the Canadian Copyright Act was amended, and “education,” “parody,” and “satire” were then added to the purposes of fair dealing. Note that unlike in the U.S. fair use provision, education under fair dealing does not specifically apply to multiple copying for classroom use. If you were determining whether multiple copying for classroom use fell within fair dealing, you would first need to look at the purpose of the copying, then the six factors set out by the Supreme Court.