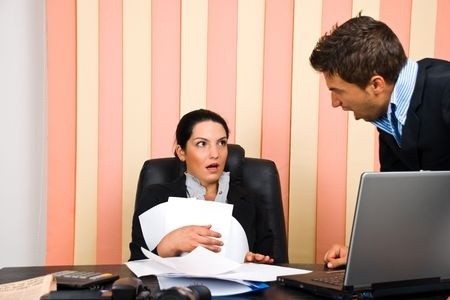 Copyright, creation, and pay: You may not own what you think you own

Sheila paid Nancy, a graphic artist, to create several images for her company’s website. Sheila has recently been contacted by a person who wants to license the use of one or more of those images. Sheila is happy to give them that permission, but does she have the right to do so?

As the Diversity Officer at Widget, Co., Jack creates a variety of training materials on diversity. During the interview process for a similar position at Com Corp., Jack showed some of those materials. Com Corp. was very impressed and wants Jack to create the same materials should he accept the position. Can he legally do that?

Jack is also writing a book on diversity training for corporations. Because of his busy schedule, most of his writing is done at home on his “down” time, but occasionally, when an idea suddenly strikes him at work, he spends an hour or two working on the manuscript in his Widget, Co. office. Does Widget, Co. have any legal claims in Jack’s book?

Who owns the copyright when a work is created?

Generally speaking, the legal author, and thus original copyright owner, of a work is the human being who created that work. The Copyright Act provides only one exception to this, but it covers a significant number of works. And it creates a significant amount of confusion.

The first category is “a work prepared by an employee within the scope of his or her employment.” This definition sounds straight-forward, but in some situations, determining whether a work falls into this category can get tricky.

The second category is a bit more complex from the start:

a work specially ordered or commissioned for use as a contribution to a collective work, as a part of a motion picture or other audiovisual work, as a translation, as a supplementary work, as a compilation, as an instructional text, as a test, as answer material for a test, or as an atlas, if the parties expressly agree in a written instrument signed by them that the work shall be considered a work made for hire.

So how do these apply to Sheila, Nancy, and Jack?

Because Nancy was hired as an independent contractor, the images she created will not be considered works made for hire, since they do not fall into one of the nine categories delineated in that definition. Note that even if she had created the type of work that does fall under that definition, for example, a part of an audiovisual work, the work would not be a work made for hire unless she and Sheila signed a written agreement stating that they both intended it to be considered such.

So if Nancy owns the copyrights, what rights does Sheila have in the images? That depends in part on whether the two women entered into a contract clarifying who owns what rights. But Sheila is not totally out on a limb even If they had no written agreement, or if they signed an agreement that does not address rights in the work.

With no written document addressing the issue, Sheila will have certain rights to use the images under an implied license. In the absence of a written agreement, an implied license is inferred based on the objective intent of the parties as manifested by their conduct. In this situation, for example, Nancy created the images for the purpose of Sheila using them on her website, sp Sheila clearly has a legal right to do that. But the license is limited to the parties intent at the time, so unless the women discussed other uses, Sheila does not have the right to do anything else with the images, including licensing their use to someone else.

Because Jack is an employee of Widget Co., Widget Co. is the legal author and copyright owner of the training materials he created as part of performing his job. Thus, he could not legally reproduce those materials when he moves to Com Corp. (unless he has prior permission from Widget Co.).

But if he’s doing essentially the same job for Com Corp., how can he create materials to serve the same purpose without infringing Widget Co.’s copyright? This can indeed become a complicated issue, as a copyright is infringed when someone creates a “substantially similar” copy of protectable material from the original. Yet we know that someone performing essentially the same job for different employers will be creating similar works for each. Not surprisingly, the question of when this arises to copyright infringement has been litigated numerous times. The answer very much depends on the specific facts at issue, so it is impossible to give a simple answer. Those concerned–whether as employee or employer–should speak with their legal counsel.

What about Jack’s book on the same subject matter? Generally speaking, if writing the book was not considered within “the scope of his employment,” the book will not constitute a work made for hire. Courts do consider factors such as where the work was created and using whose equipment, but the mere fact that Jack occasionally worked on the book in his office at WIdget Co. is not enough to make it a work made for hire. Thus, Jack will be the legal author and original copyright owner of the book.